Here are great collections of Father Quotes from SMSVil to express your sentiments. These quotes were quoted by famous authors, celebrities and newsmakers. You can send them to your father via SMS/Text Messages, Facebook, Twitter, Google+ and other means to let your father know you are thinking about him. 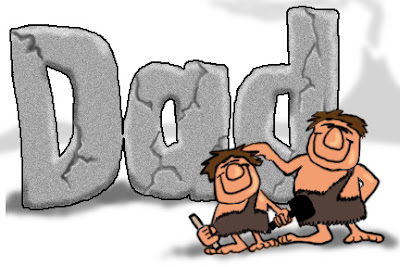 I cannot think of any need in childhood as strong as the need for a father’s protection.
Sigmund Freud

It is a wise father that knows his own child.
William Shakespeare

A father carries pictures where his money used to be.
— Author Unknown

4 years: My Daddy can do anything!
7 years: My Dad knows a lot…a whole lot.
8 years: My father does not know quite everything.
12 years: Oh well, naturally Father does not know that either.
14 years: Oh, Father? He is hopelessly old-fashioned.
21 years: Oh, that man-he is out of date!
25 years: He knows a little bit about it, but not much.
30 years: I must find out what Dad thinks about it.
35 years: Before we decide, we will get Dad’s idea first.
50 years: What would Dad have thought about that?
60 years: My Dad knew literally everything!
65 years: I wish I could talk it over with Dad once more.
— Anonymous

A father is always making his baby into a little woman. And when she is a woman he turns her back again.
— Enid Bagnold

Doubly rich is the man still boyish enough to play, laugh and sing as he carries and emanates sunshine along a friendly road.
— Charles R. Wiers

A father is someone you look up to no matter how tall you grow.
— Author Unknown

I’ve learned that a father’s blessing can fill a son’s soul to the brim.
— Kelly Tobey

If all the fathers in the world held out their hand in friendship, yours is the one I’d hold.
— Author Unknown

There’s something like a line of gold thread running through a man’s words when he talks to his daughter, and gradually over the years it gets to be long enough for you to pick up in your hands and weave into a cloth that feels like love itself.
— John Gregory Brown

My father gave me the greatest gift anyone could give another person, he believed in me.
Jim Valvano

It doesn’t matter who my father was; it matters who I remember he was.
— Anne Sexton

It is a wise father that knows his own child.
— William Shakespeare

A man knows when he is growing old because he begins to look like his father.
— Gabriel Garcia Marquez

A man never stands as tall as when he kneels to help a child.
— Knights of Pythagoras

When I measure myself I always use Dad as a guide.
— Author Unknown

When I was a boy of fourteen, my father was so ignorant I could hardly stand to have the old man around. But when I got to be twenty-one, I was astonished at how much he had learned in seven years.
— Mark Twain

All fathers are invisible in daytime; daytime is ruled by mothers and fathers come out at night.
— Margaret Atwood

Any man can be a father. It takes someone special to be a dad.
— Author Unknown

Blessed indeed is the man who hears many gentle voices call him father!
— Lydia M. Child

Of course my father was a great influence on me. He taught me how to read.
— Michael Foot

Of course there were areas of safety; nothing could get at me if I curled up on my father’s lap, holding his ear with one thumb tucked into it… All about him was safe.
— Naomi Mitchison

The lucky man has a daughter as his first child.
— Spanish Proverb

The most important thing that a father can do for his children is to love their mother.
— Theodore M. Hesburgh

One father is more than a hundred Schoolmasters.
— George Herbert

But what is happiness except the simple harmony between a man and the life he leads.
— Albert Camus

I’ve had a hard life, but my hardships are nothing against the hardships that my father went through in order to get me to where I started.
— Bartrand Hubbard

It’s not the fishin’… It’s the time together.
— Author Unknown

Life doesn’t come with an instruction book; that’s why we have fathers.
— H. Jackson Brown, Jr.

Men learn while they teach.
— Seneca

My father didn’t tell me how to live; he lived, and let me watch him do it.
— Clarence Buddinton Kelland

My father used to play with my brother and me in the yard. Mother would come out and say, “You’re tearing up the grass.” “We’re not raising grass,” Dad would reply. “We’re raising boys.”
— Harmon Killebrew

Old as she was, she still missed her daddy sometimes.
— Gloria Naylor

Dads don’t need to be tall and broad-shouldered and clever. Love makes them so.
— Pam Brown

His heritage to his children wasn’t words or possessions, but an unspoken treasure, the treasure of his example as a man and a father.
— Will Rogers Jr.

He didn’t tell me how to live; he lived, and let me watch him do it.
— Clarence Budington Kelland

The father who would taste the essence of his fatherhood must turn back from the plane of his experience, take with him the fruits of his journey and begin again beside his child, marching step by step over the same old road.
— Angelo Patri

A truly rich man is one whose children run into his arms when his hands are empty.
— Author Unknown

Up on his shoulders… is where i love to be.
— Michael Carr

What do I owe my father? Everything.
— Henry Van Dyke

The first man a little girl falls in love with is her Dad.
— Author Unknown

The great man is he who does not lose his child’s heart.
— Mencius

The greatest gift I ever had came from God, and I call him Dad!
— Anonymous

To her the name of father was another name for love.
— Fanny Fern

You know, fathers just have a way of putting everything together.
— Erika Cosby

It is admirable for a man to take his son fishing, but there is a special place in heaven for the father who takes his daughter shopping.
— John Sinor

It is easier for a father to have children than for children to have a real father.
— Pope John XXIII

It is much easier to become a father than to be one.
— Kent Nerburn

It’s only when you grow up and step back from him – or leave him for your own home-it’s only then that you can measure his great-ness and fully appreciate it.
— Margaret Truman

Subscribe Now to receive our collections of lovely SMS via email:

Don”t Forget to Confirm Your Email Address After Subscribing
We hate spam just as much as you do.